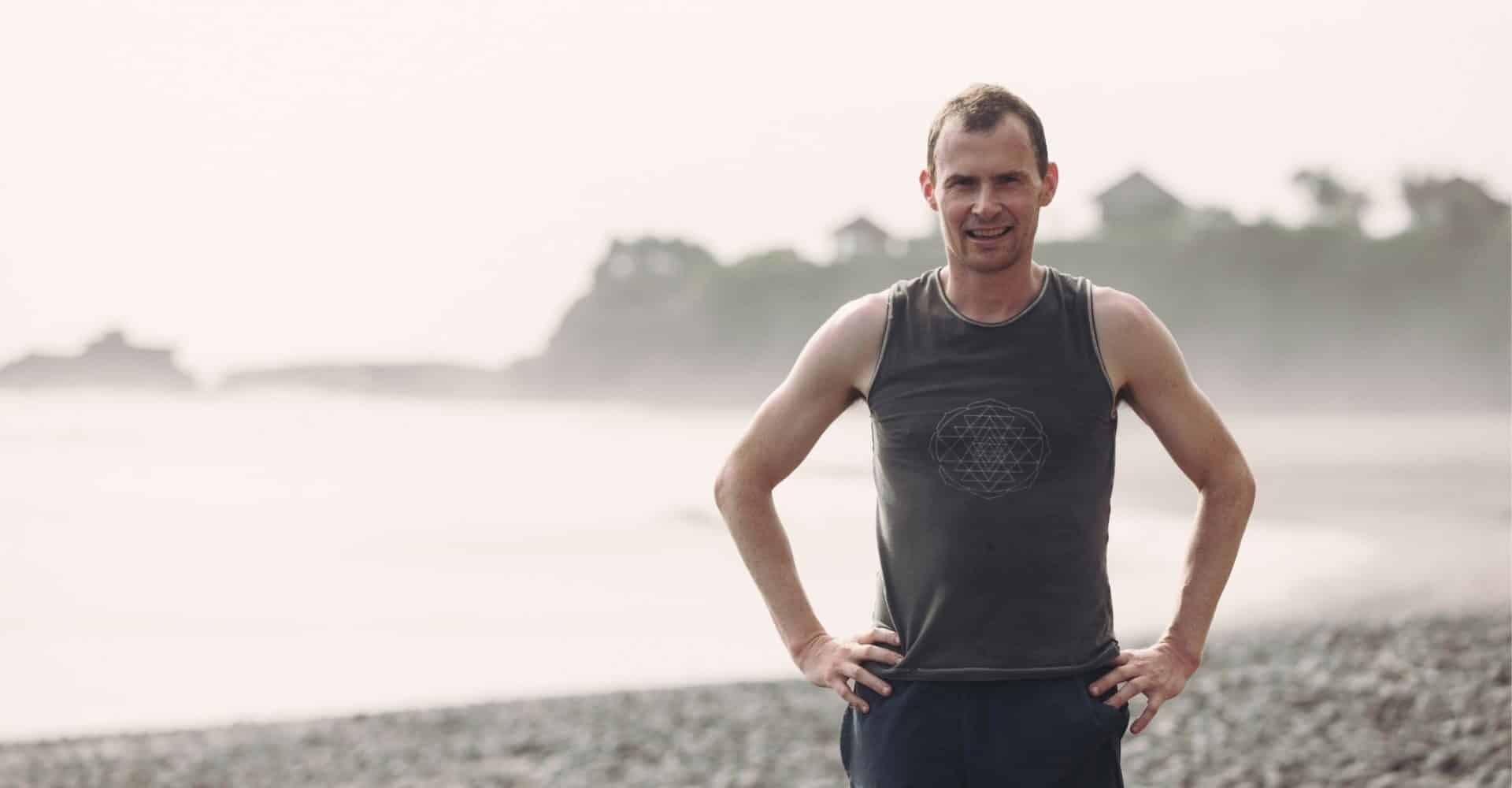 How to change your brain chemistry naturally

Do you feel stressed or anxious? Maybe you are affected by low moods and depression? There are many things that can influence your mental health – what you eat, how much exercise you do, but also your genes and your unique brain chemistry. Much of today’s approach to treating mental health conditions is about correcting chemical imbalances in the brain. Prozac is the most famous example in the treatment of clinical depression. Yet, what if you could address some of the most debilitating mental health conditions by changing your brain chemistry naturally?

In this article, I’m going to tell you about my story. How I discovered that as part of an overall wellbeing assessment, I had an inherited condition that caused chronic anxiety. I’m also going to tell you how that condition can be treated by correcting imbalances in your biochemistry through targeted nutritional supplementation.

I’m also going to describe how through yoga you change your biochemistry naturally. The practice of yoga is more than just about becoming stronger and more flexible. It is also about reducing the ‘fluctuations in the mind’ as mentioned by Patanjali, in the yoga sutras (chapter 1.2).

You could describe what goes on in the brain as a ‘symphony’. In the words of William Walsh, a pioneer in the field of orthomolecular medicine:

‘every perception, thought, emotion, action, and memory involve a complex symphony of chemical processes in the brain.’

Until the 1880s, it was thought that brain cells were joined together until it was discovered that they didn’t actually touch but communicated by sending signals to each other. These are known as ‘neurons’ and they receive, process and transmit electrochemical signals between each other. There are known to be approximately 100 billion neurons in the brain.

This transmission is chemical in nature and occurs across a tiny gap between the brain cells known as a ‘synapse’ (meaning ‘to clasp’). It wasn’t until the early 20th century that ‘neurotransmitters’ were discovered. Much research has gone into studying neurotransmitters and their role in mental health disorders, such as serotonin (depression, schizophrenia & Parkinson’s disease), & GABA (anxiety), amongst others.

The neurons themselves consist of a body that has branching ‘dendrites’ which act like signal receivers and a long, wire-like projection called an ‘axon’ which acts as a nerve conductor. It is the terminals at the axons which transmit the electrochemical signal across the synapse.

A neuron (like all cells) contains a nucleus that houses the individuals’ DNA and each neuron has on average 1000 hair-like dendrites branching from the cell with a receptor that receives chemical messages from other brain cells. It is estimated that an average human brain has approximately 100 trillion receptors.

When activated, a neuron will shoot brain chemicals (known as ‘neurotransmitter molecules’) down the axon towards their terminal, releasing the molecules into the synaptic space. If enough brain cells are active, a thought, feeling or action will occur. The neurotransmitters that are released are then returned to their original cell where they can be reused.

Anatomy of a Cell

Whether anti-depressants are effective or not is beyond the scope of this article. What’s commonly acknowledged is that some anti-depressants may result in mild, moderate or in some cases, severe side-effects.

What is the alternative approach? Targeted nutritional therapy. This represents a more organic method of changing brain chemistry naturally by correcting imbalances in neurotransmitter activity. With the right supplementation, some mental health conditions may normalise over time. For example, in patients with depression, there may be low levels of vitamin B-6, which is an important co-factor in the synthesis of serotonin.

Which brings me on to my story of my own unique brain chemistry and correcting imbalances.

It was back in 2010 or so during a visit to Sydney to see my parents that my mother suggested that I see a ‘functional medicine specialist’. I gleefully went along, and signed up for some tests which would show if there were any deficiencies or markers that were not in balance. From time to time, I was experiencing symptoms of mild to moderate anxiety.

Low and behold, one of the tests came back showing that I had a relatively unknown condition known as ‘kryptopyroluria’.

Krptopyroluria (KPU), (also known as pyrrole disorder, pyroluria, or mauve disorder) is a biochemical disorder relating to the synthesis of haemoglobin. In people with such condition, they exhibit high levels of ‘pyrroles’ in their urine, which generically speaking is a by-product of the synthesis of haemoglobin. The pyrroles then bind to vitamin B-6, zinc, manganese, biotin, GLA and other B vitamins stripping them from the body. This build-up can cause a host of symptoms including issues relating to digestion, neurological issues, fatigue, and issues relating to physical appearance, including some that are very similar to autism.

According to the Academy of Nutritional Science:

“losing all your B6 in the urine so that it is unavailable to the many pathways where it is required is a metabolic catastrophe. Without Vitamin B6, you cannot form haem…… Without haem, your haemoglobin formation will be compromised, so your cells cannot transport oxygen sufficiently (anaemia that does not respond to simply giving iron). All compounds that require haem will become dysfunctional.”

Coincidentally, it was a trip to the hospital after fainting in a cinema (after witnessing a blood transfusion scene in the Children’s Act), that I discovered as borderline anaemic. Interesting. I now take Spatone every day, which is a liquid form of naturally occurring iron-rich water.

Some of the conditions of Kryptopyroluria, according to one particular study suggest the following conditions or symptoms:

Interestingly, my own first cousin who suffers from autism, had his pyrroles levels tested and they were ‘through the roof’. Again, it is only a data point, but an observation.

Whilst the cause of mental health conditions is long and often varied, it is interesting to note that my own mental health has improved significantly since beginning a regime of daily targeted nutritional supplementation addressing these imbalances. The result? A calmer me. If I don’t take my vitamins then I can see the effect. I become more restless, anxious and generally, a level of inner tension starts to arise. 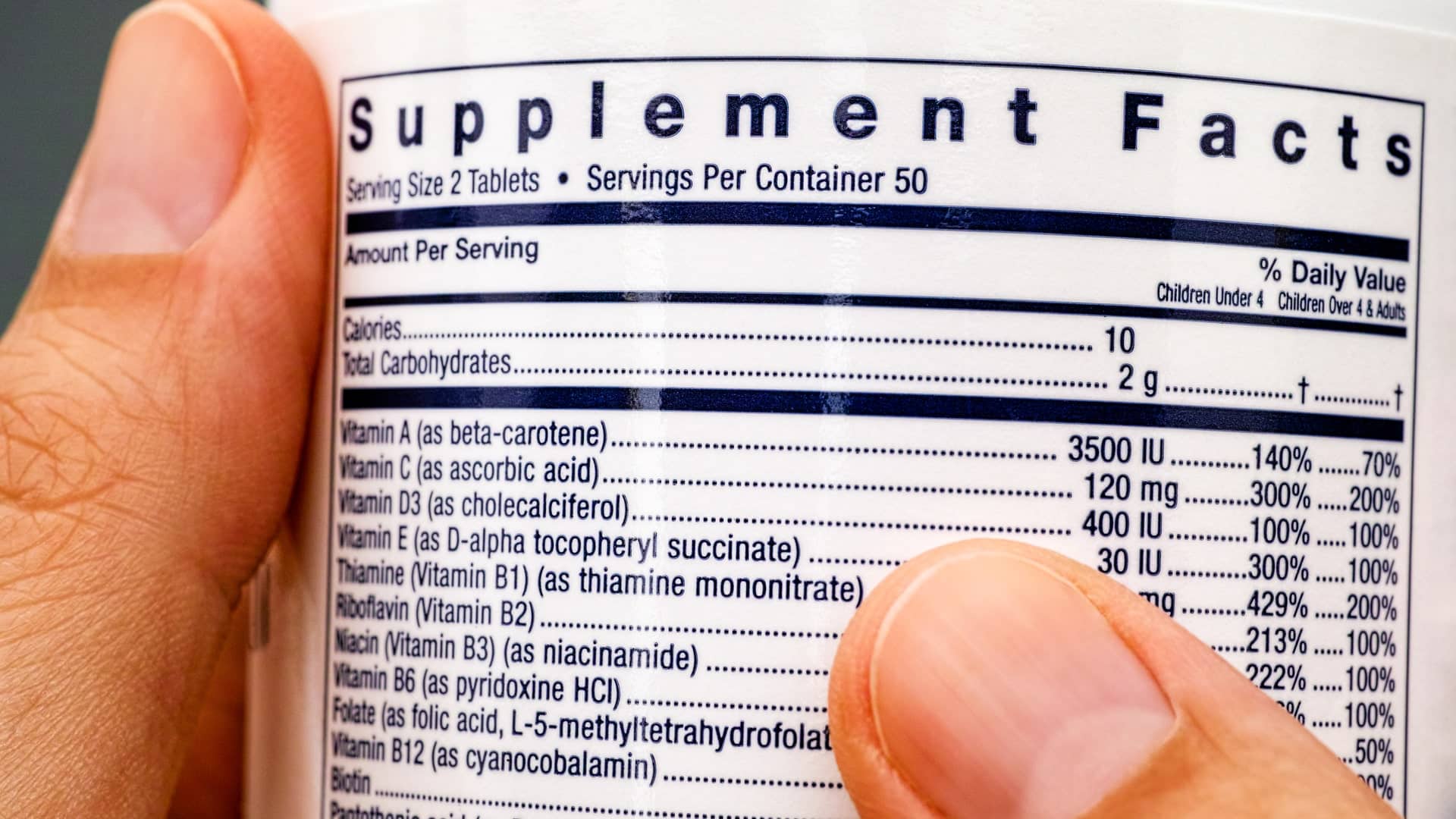 Whilst it is fair to say that some may challenge whether kryptopyroluria is real (or not), the correlation between my own mental health and taking supplementation to correct the imbalances is positive.

Is it causative? Although the mainstream medical industry does not recognise such condition, others have commented how much a diagnosis of KPU has helped them enormously too.

So really it’s up to you to speak to a person who is experienced in the therapeutic use of vitamins, amino acids and essential oils to see if there is a biochemical imbalance, as part of an overall wellbeing assessment. Find a functional medicine practitioner who understands the condition and how to treat it. Or, you can speak to Rae Guerrero and her team at Well Works to discover any hidden underlying condition that might be contributing to how you feel.

Interestingly enough, a study suggested that betaine (a dietary supplement) could potentially reduce some of the worst symptoms of schizophrenia. My own nutritional therapist recommended that I take betaine to reduce my levels of homocysteine. In the case of schizophrenics, the amount of betaine decreases, so this study at least suggests that this supplement might be of use therapeutically for those suffering from schizophrenia.

Overall, with targeted nutritional therapy, a patient may start to feel better mentally again as the right nutrients are received by the brain in order to regulate and synthesis neurotransmitter activity. It may also reduce the level of oxidative stress in the body as a result of free-radical activity.

That is why diet is so important as one of the things people have to address when it comes to treating mental health conditions. Even on a more basic level, reducing the amount of sugar you eat can help regulate blood sugar levels and the amount of insulin that is consumed in trying to convert excess sugar into glucose. 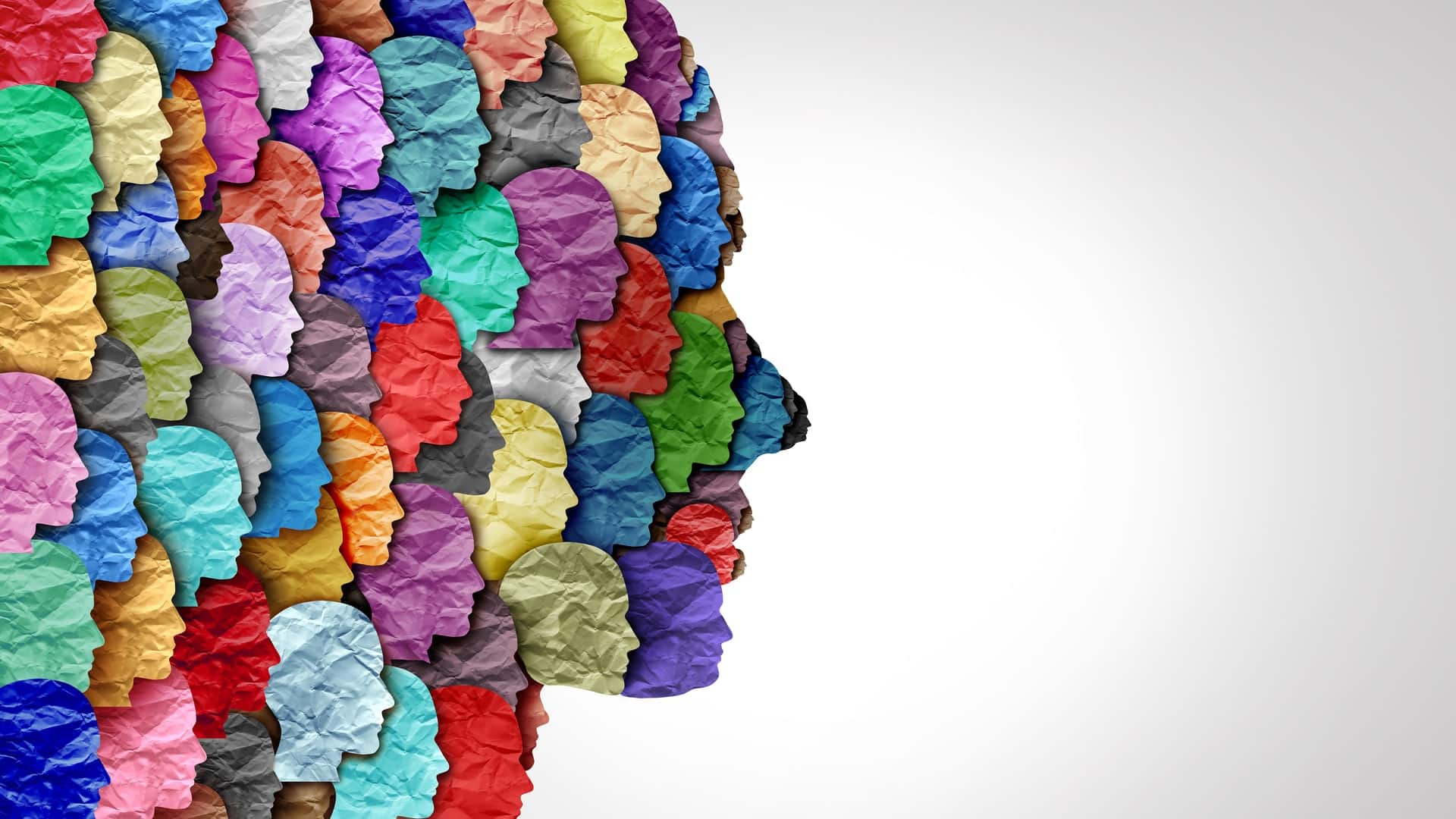 The role of Fruits & Vegetables & Stress

Eating more fruits and vegetables has recently been shown to be a natural de-stressor. The the journal of Clinical Nutrition reported that those who had the equivalent of four cups of fruit and vegetables ever day consistently recorded lower stress scores than those who ate less than that amount. The study suggested that:

“Vegetables and fruits contain important nutrients such as vitamins, minerals, flavonoids and carotenoids that can reduce inflammation and oxidative stress, and therefore improve mental wellbeing,”

Again, it is all about altering the chemistry of the brain naturally in a way that supports overall mental health. 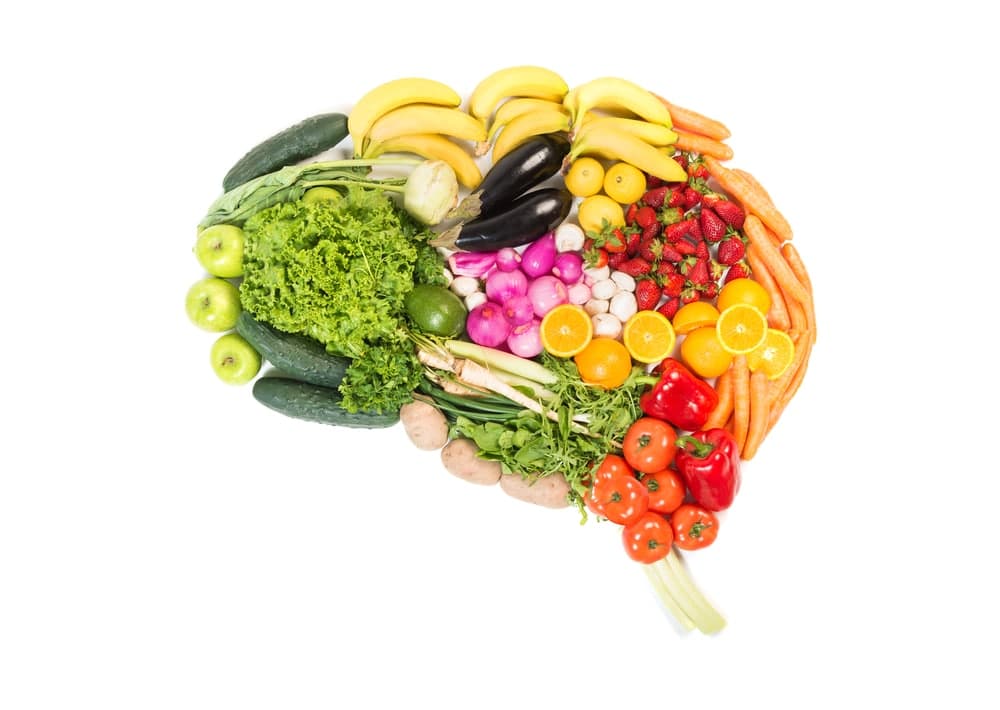 There is also another very simple way of altering your brain chemistry. It is through Yoga. Yoga is well recognised as being excellent for mental health. At the core of yoga is meditation, through which inner peace can be realised.

Yet how does Yoga do this on a biochemical level? Studies have shown that through yoga, levels of GABA (a neurotransmitter) increases. GABA is known as an inhibitory neurotransmitter which blocks certain signals in the synapses in the brain and regulates nervous system activity.

GABA produces a calming effect upon the body which is useful in the case of anxiety. Low levels of GABA have also been found in those suffering from depression. One recent study found that practising yoga helps to increase and maintain levels of GABA, even after just one class a week.

The study required a 90-min yoga session including 60 min of Iyengar yoga, 10 min of relaxation, and 20 min of a coherent breathing exercise at five breaths per minute with equal inhalation and exhalation. Overall, those who completed at least one yoga class a week demonstrated increased levels of GABA.

Whilst traditional treatments for depression may be effective, they may not always result in a full recovery for the affected individual. Chris C. Streeter, an associate professor of psychiatry and neurology at the Boston University School of Medicine who authored the study stated in Psypost.org:

“Many forms of western medicine help reduce symptoms but to do completely return people to wellness, the addition of yoga to a treatment regime can increase wellness/decrease symptoms.”

In my own anecdotal experience of working with mental health and wellbeing, those who have been very open about their mental health challenges suggest that yoga is ‘wonderful’. This study would at least support that feeling. 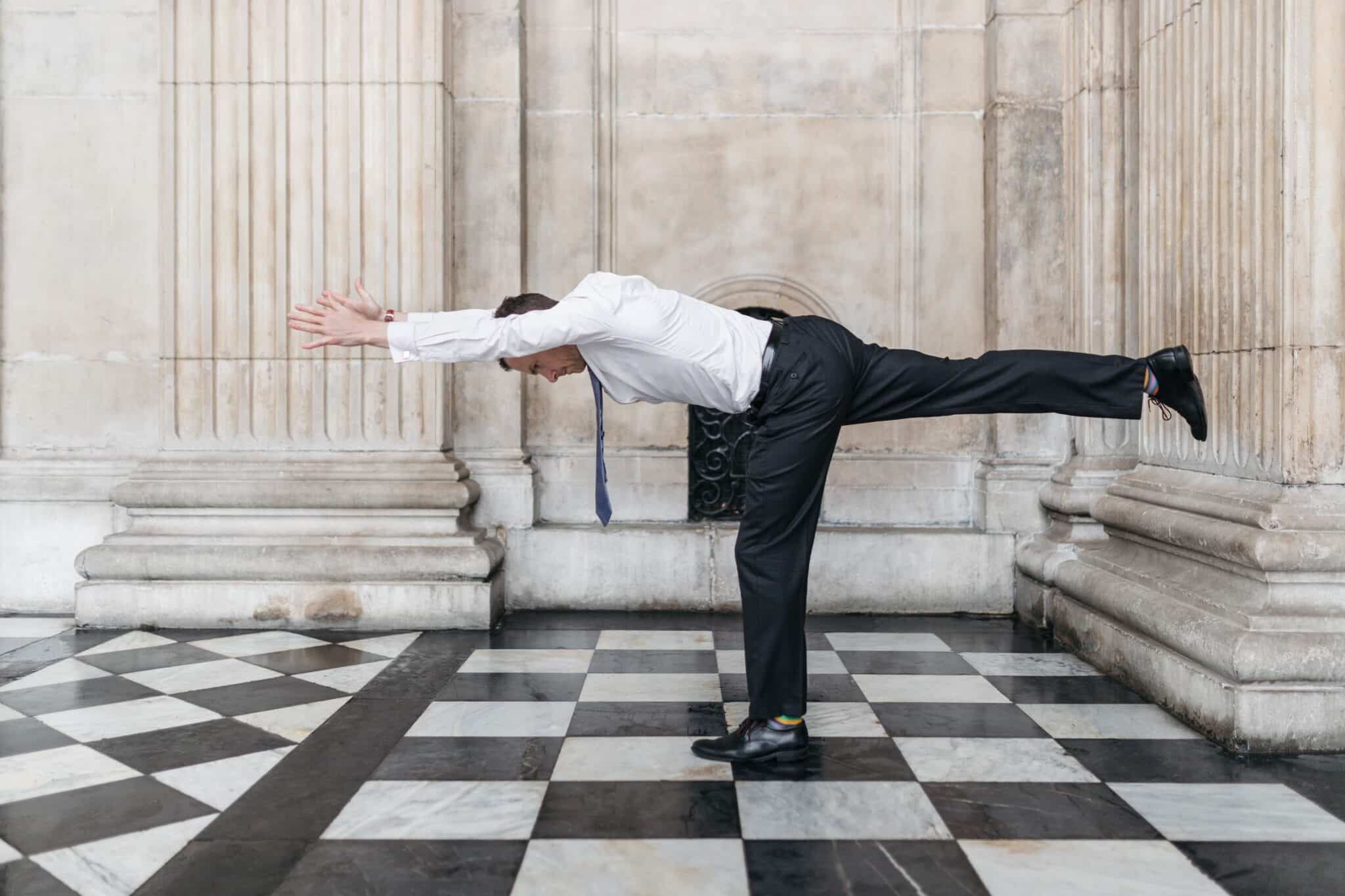 As William Walsh stated in his excellent book, ‘Nutrition Power: Heal Your Biochemistry and Heal Your Brain’.

‘Considering the complexity of brain chemistry and the multiplicity of gene processes that could go wrong, it is surprising that more humans do not have serious mental health problems.’

Yet we know that cases of mental health conditions continue to increase. Whilst this could be due to a multitude of issues, whether it be environmental, or psycho-social, the physical causes of mental health conditions is well documented. Treating affected individuals with targeted nutritional therapy may just be one way to help people to heal together with other supportive, holistic measures including talking therapies, exercise as well as eating a healthy, wholesome diet. With the right approach, you really can heal naturally and improve your mental health.

Can you boost your immune system?

Are you interested in learning yoga but don’t know where to start?

Then subscribe to Yogibanker to receive your free guide to starting your yoga practice with confidence. Now.