MEDITATION AND IMMUNITY: WHAT’S THE CONNECTION?

Meditation and immunity? Now that’s an interesting one. Most people associate the benefits of meditation with stress reduction and anxiety. Which is true, but strengthening your immune system? Well, the results of a recent study suggested exactly that:  Those who meditated regularly, compared to those who did just exercise and to those who did nothing at all, had fewer sick days and were able to cope better with illness.

Other Interesting Studies Relating to Meditation and Immunity

To be fair, this isn’t the first study to demonstrate such link between meditating and immunity. Other comparable studies found that:

Well it appears that there are lots of views about why meditation can improve immunity. Some talk about the power of positive thinking & thought mastery to impact on a cellular level (but is meditation really about positive thinking?) Good question.

Others talk about stress and anxiety reduction. Some cite Wim Hof, the legendary 60-year-old Dutchman known for withstanding freezing temperatures, stating that by going into some deeply meditative states and increasing the levels of oxygen in the blood, the immune system is able to show no effects upon being injected with dead E.coli bacteria (which would be expected to invoke the same immune response from normal pathogens).

My Hypothesis about Meditation and Immunity

All this may be true (including Wim Hof’s extreme methods) but here’s my own hypothesis:

Meditation assists with the body’s immunity because when it is in a meditative state, the body and the mind are in a deep state of rest. Yes, rest. It’s somewhat a paradox to think about meditation being something that is restful. In fact, in a truly meditative state, the mind is actually alert but in an awakened, restful state. Practices like yoga nidra (the sleep practice for yogis), also induce restful but awakened states in the body.

What’s the link then between meditating and the immune system? It’s simple in my honest opinion. When you rest, you heal. There is a famous saying of “having a day in bed to recover from a cold or flu”. Resting really is the means by which the body cleanses and heals itself.

If the body rests during meditation and you practice regularly, then you are giving yourself the best possible chance to improve your health. That also assumes you are looking after your immune system with a healthy, balanced diet including natural immune boosting supplements and effective wellness practices.

This includes foods that are high in Vitamin C, such as the powerful South American berry, Camu Camu, potent herbs such as Echinacea, olive leaf and oregano or some of the natural mushroom remedies such as Chaga as well as drinking lots of water and practising good sleep habits! All this taken together with a regular meditation practice will boost your immunity.

It’s why when I don’t sleep well (for whatever reason, usually because I haven’t been practising what I preach), I know I have an extra 20 minutes in the morning to rest and ‘sleep’ by meditating. How fortunate I am! Sometimes I am pleasantly surprised how refreshed I feel afterwards.

The connection between meditation and immunity could hardly be clearer: Boost your immunity by meditating more. Isn’t this another reason to start practising meditation? Your immune system will only thank you for it. 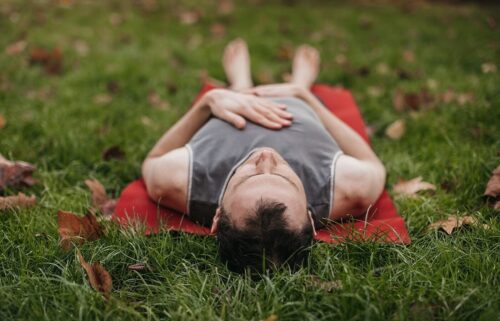 How Yoga Helps with Sleep