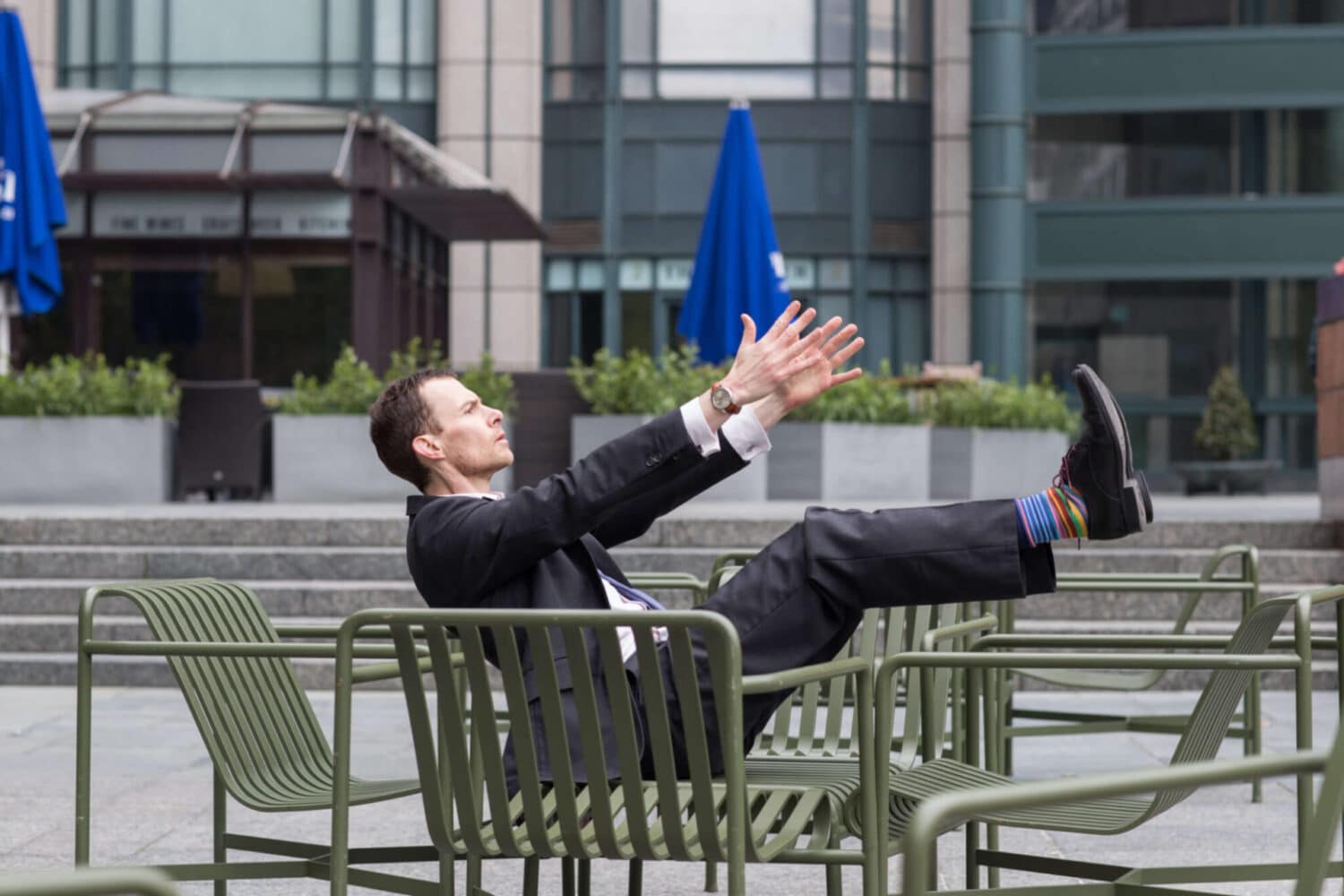 It is widespread in pilates and yoga classes to hear the cue ‘engage your core’. But where exactly is the core, and what does it comprise?

In this article, I will briefly describe how to understand the core. I acknowledge that there are other traditions which may think about the core from a more spiritual or philosophical perspective, such as in traditional Chinese medicine (e.g. dantian) or even in yoga (i.e., samana). However, this article will focus on the core from a physiological and anatomical perspective.

From the perspective of sports medicine, the core regulates ‘intra-abdominal pressure. This means that through the correct muscular engagement of the muscles that support the spine, you stabilise it. Not only is this required for stability, but also respiration (as you will see concerning the action of the diaphragm, but also with speaking, laughing, acts of elimination (eg coughing, vomiting, excreting waste), as well as maintaining continence during physical activity.

You can think about the core’s central role in maintaining intra-abdominal pressure like this:

Imagine placing two plastic cups upside down and next to each other. The first cup has nothing inside of it. The second cup fills with a balloon pressing against the cup’s walls. If you place a weight on each cup, the empty cup will crumble, and the other cup will remain upright. Watch this short video here to see an accurate explanation of this concept. 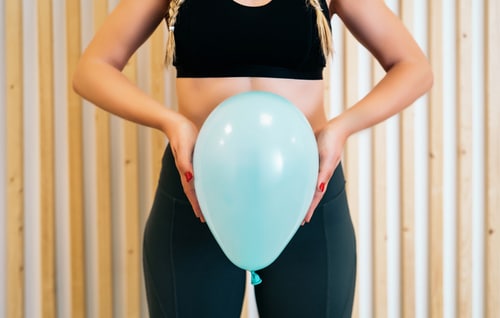 You have learnt that the primary function of the ‘core’ from a physiological perspective is maintaining intra-abdominal pressure. To understand how the core does this, it forms a cylindrical shape with a concave dome at either end.

This cylinder has 3 three main components: 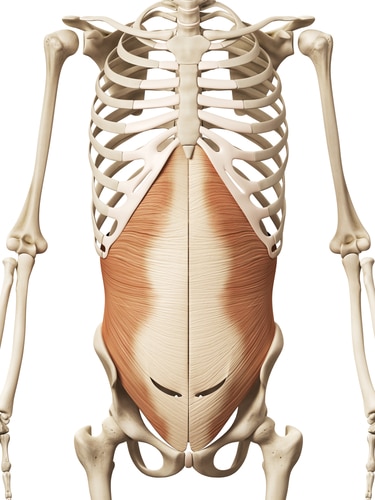 The floor of the core

The pelvic floor muscles comprise the ‘floor’ of the core. These are organised in various layers and are located between the tailbone, pubic bone and the two sitting bones. Essentially, they are the ‘urogenital muscles’. Their purpose is to support the excretion of waste from the body and buoyancy for the entire abdominal region. The tone of the muscles can therefore affect the amount of intra-abdominal pressure in the abdomen.

The roof of the core

To understand the core, the diaphragm is a critical component. The diaphragm is the principal respiratory muscle and is the ‘roof of the core’. When you inhale, the central tendon of the diaphragm pulls down and the dome of the diaphragm flattens. This results in an increase in volume in the thoracic cavity. Expanding the rib cage (thorax) creates a pressure differential between outside the body and inside. As air is attracted to pockets of lower pressure, respiration occurs.

Similarly, on each exhalation, the diaphragm lifts and a pressure differential arises, so CO2 leaves the body.

The diaphragm is therefore the engine of breathing. It facilitates this by changing the thorax’s shape and pressure differential in the lungs. Because of this, the diaphragm is constantly involved in regulating intra-abdominal pressure with each breath. See the short video below which demonstrates this movement (video courtesy of Shutterstock). 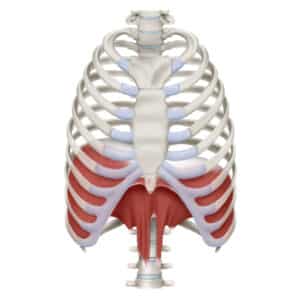 Respiration & movement of the diaphragm

The core of the core

When trying to understand the core, the iliopsoas muscle (or psoas) is at the heart of it. It’s the muscle closest to the body’s centre and is the only muscle connecting the trunk with the legs. The psoas is a complex muscle whose essential role is to provide stability to the lumbar spine. Like a bridge with guy-wires, the muscle fibres run on a diagonal and support the spine. The psoas flexes and extends the spine. It also flexes the hip as well as externally rotates it.

As a central core muscle, it also affects intra-abdominal pressure.

The psoas is also known as the ‘emotional core‘ and often stores tension. Techniques which work the psoas can be enormously therapeutic. Because it is always switched on, the psoas is a relatively tight (and strong) muscle.

In addition, the Quadratus Lumborum (QL) is the deepest muscle in the core. I have grouped this with the psoas since it too tends to be under chronic stress and is very quick to respond to excitation of the central nervous system. 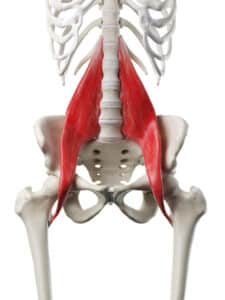 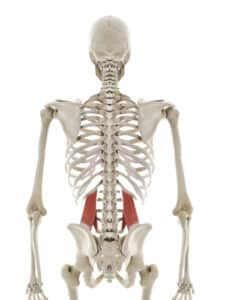 In understanding the core, three other additional components need to be mentioned:

Central to the core is the ‘abdominals‘, which most people instinctively call their ‘core’.

The abdominal muscles’ principal function is to help contain the abdominal organs. By doing so, they also help to regulate intra-abdominal pressure. They are dynamic in nature and change shape with digestion and pregnancy. The abdominals work to connect the spine to the pelvis and the thorax.

They help to facilitate motion in the spine in all directions. Because of the cross-diagonal pattern of the muscle fibres through the abdominal region, whilst they enable movement, they also resist motion at the same time. In this regard, the abdominals help to protect the spine from undesirable or abrupt actions.

The abdominals also help to absorb shock with the pelvic floor, discs, ribs and lungs. The more you compress them, the more they resist. So they have a ‘stress dampening’ effect upon the body – through the action of gravity but also the upward pushback of the ground reaction force. The abdominals want to have the ability to be soft and malleable yet also robust at the same time.

Anatomically, they comprise the rectus abdominus, transverse abdominus and oblique muscles. They principally include the body’s front (anterior) and side (lateral). They also contain a small component of the back (posterior) part of the core. This is known as the ‘abdominal wall’. You can think of it as constituting a cylindrical shape around the waist.

The abdominals have three layers. The external muscles are the first layer at the surface (superficial), the internal obliques form the middle layer (intermediate), and the transverse obliques are underneath (the deepest). The rectus abdominus runs vertically up the abdomen. If all the abdominals fire simultaneously, the abdomen will not move and be held firmly. They protect the spine under stress by keeping the abdomen steady.

So not only are the abdominals involved in moving the trunk but they are also involved in stabilising it. 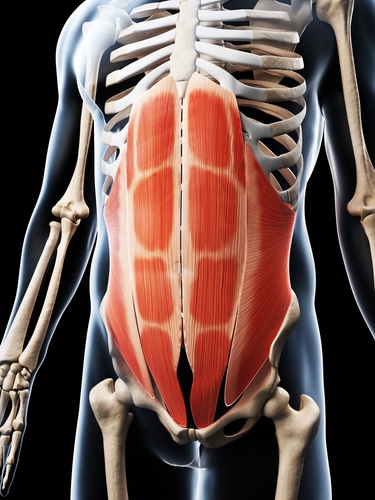 This muscle group run centrally through the middle of the spine. They also work to support the spine’s stability. They comprise the erector spinae and multifidi muscles (which live underneath them).

The erector spinae muscles comprises of 3 muscle groups. The longest two muscles runs from the sacrum to the base of the skull (occipult). The widest runs from the hips (illlium) to the ribs (costals).

The multifidi muscles are like two long ropes and run in a diagonal line. Because of their oblique shape, they work to extend, rotate and laterally flex the spine. 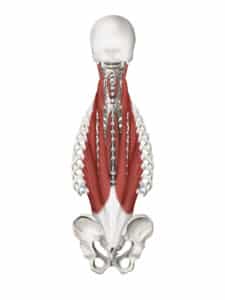 The thoracolumbar fascia comprises a diamond-shaped ocean of different layers of connective tissue at the back of the body. Fascia is the body of web-like tissue comprising mainly collagen, elastin and other similar proteins. Fascia extends throughout the body and is separate from muscle, although fascia wraps around (and in between) bundles of muscle fibres and muscle groups.

The thoracolumbar fascia extends from the sacrum and covers the QL, psoas & paraspinal muscles. It has continuity with the latisimus dorsi and gluteus maximus muscles. It also has a role in integrating the hip and shoulder joints. 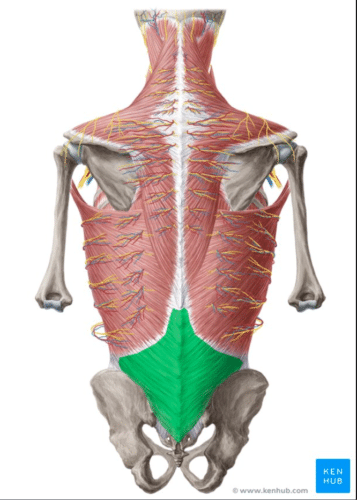 When understanding the core of the body, you can think of it as the muscles that affect intra-abdominal pressure within the trunk. From a muscular perspective, the core is essentially a cylinder. It has a roof (the diaphragm, the core of the core itself (the psoas and in association, the QL) with a floor (the pelvic floor). The abdominals principally form the front and side of the trunk, with the paraspinal muscles and the thoracolumbar fascia making up the back side.

Overall, the core supports the spine’s movement and resists motion. It therefore works to provide mobility as well as stability to the body.

With gratitude to Tias Little ,Jason Crandell and Charlotte Watts for their dedication to teaching the art and science of yoga.

If can help you with becoming stronger or more mobile through yoga, please feel free to get in touch or email me at scott@yogibanker.com