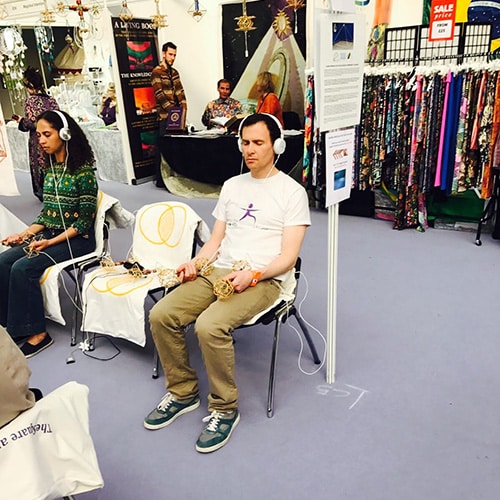 Why ‘E-Yoga & Meditation’ could be the next big thing

WHY ‘E-YOGA & MEDITATION’ COULD BE THE NEXT BIG THING

By now you couldn’t help but notice that yoga has become BIG. Meditation is getting all that more popular, and mainstream too. Most people know something about yoga (although sadly most guys still think yoga has something to do with flexibility), and we now have practices such as ‘beer’ yoga, ‘goat’ yoga, and ‘dark yoga’. Quite frankly in my opinion it’s all ridiculous but that’s just my view. As Leslie Kaminoff remarked recently in a 3 day workshop at Tri-Yoga, whilst the rise of these yoga ‘variants’ makes him want to ‘puke’, the size of the yoga pie is only getting bigger and his piece of that pie is getting larger. Fair enough. But E-Yoga? We’ll see….

Make what you want of it, but at the core of yoga is union with the self. So external stimulants which are designed to distract one’s attention from the practice itself may not necessarily fit the bill of ‘yoga’. That said, what if you could fast-track all the benefits of yoga and meditation? I mean, ‘E-Yoga’. Now we are talking.

It’s commonly recognised that in order to achieve some of the lasting benefits of yoga and meditation,  regular practice is required over a long period of time. In today’s age where concentration spans are becoming more and more limited and people’s lives seem to be getting faster, is there a short-cut that could bring all this together at the touch of a button? ‘E-Yoga’ on tap, when you want it. It’s kind of like living in New York City if you know what I mean.

We are already seeing this in the age of the ‘app’ where programs like ‘headspace‘ and ‘calm‘ are becoming more popular. In an era where the smart phone has become an extension of our lives, having the ability to  instantly access some mindfulness or meditation has become that much easier.

It now could potentially go one step further. Scientists at the University of South Carolina have developed a simple, non-invasive brain stimulation technique called ‘transcranial direct current stimulation‘ (or tDCS). The process involves sticking two electrodes to the head, one above the eye and one on the temple, and then directing a small electrical current across the brain. The method seems to help people with depression, addictions and craving and even help speed up the recovery from stroke.

Curious with the results, the scientists wondered if it could somehow mimic the brain changes that are present in long-term meditators. The results were surprising. The team took 15 volunteers, with no previous meditation experience, through a session of mindfulness sessions whilst applying the tDCS. They either received tDCS at 1 or 2 milliamps, or a placebo that mimicked the sensation of the actual device on the skin. The results where interesting:

‘Feelings of calmness significantly increase from around 5 per cent after receiving the placebo to almost 15 per cent after receiving brain stimulation. Restlessness, one of the main hurdles to achieving a mindful state decreased twice as much after the 2-milliamp stimulation compared with meditation alone. These are changes you would normally expect to take many weeks…..’ 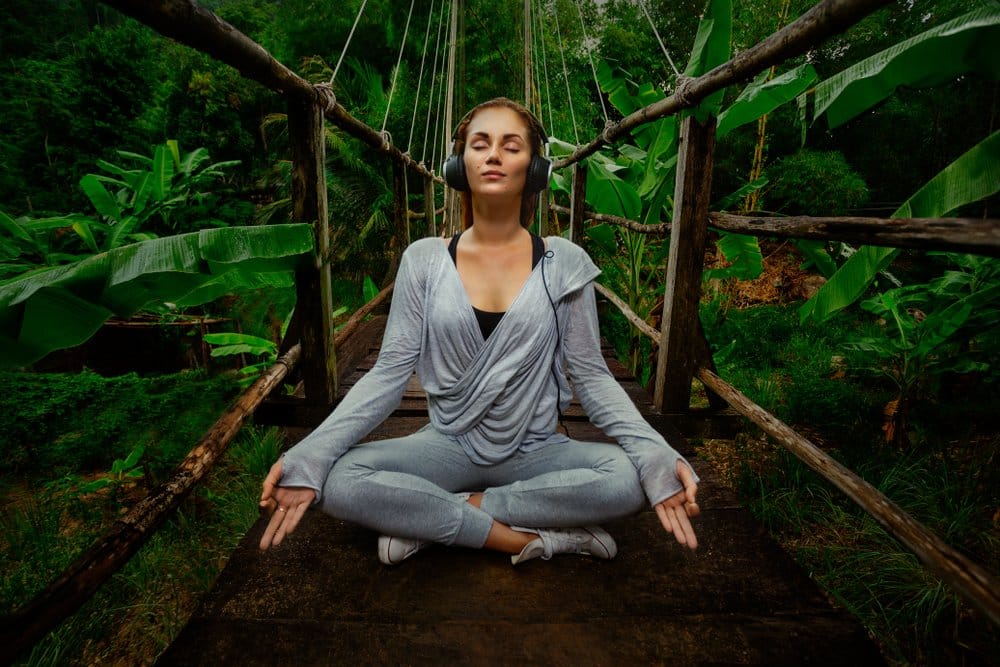 A different team at the University of British Colombia extended the experiment to yoga participants, where equally positive results were achieved suggesting that:

‘brain stimulation had a positive impact on participants’ ability to ‘decentre‘ their thoughts, an aspect of mindfulness in which you are taught to acknowledge thoughts as objective events in the mind rather than identifying with them’.

So there you have it. Just crank up the amp and fast-track yourself to bliss. ‘E-Yoga’. Could it really be that simple? When asking the question why this experiment makes people more mindful, the answer becomes clear. When we are focussed and clear in our mind, we tend to be in a happier state – we are driven to succeed, or simply at peace. On the other hand, a wandering mind is a mind that can be a recipe for internal chaos. Whilst it is suggested there can be some benefits to allowing the mind to wander, too much rumination it seems can result in unhappiness.

Think about it. How many times have you procrastinated or got distracted without actually achieving anything? Multi-tasking is certainly over-rated in my honest opinion.  Researchers have even shown that we spend as much as half of our waking hours in a mind-wandering state but furthermore, we are more happy when we are focussed on a particular task. The researchers concluded what many religions have been saying for years:

‘a wandering mind is an unhappy mind’.

To this extent, the introduction of aids that can help people become more mindful, present and content is welcome. How that would play out in the mainstream is another question. I’m sure though the folks at Apple and Samsung will have this all worked out one day. Going on a trip on public transport will take a whole new meaning. Wanna go for a ride? Let’s do some ‘E-Yoga’ you mean!

What do the yogis think of the thought of ‘E-Yoga’? Cool or too extreme? 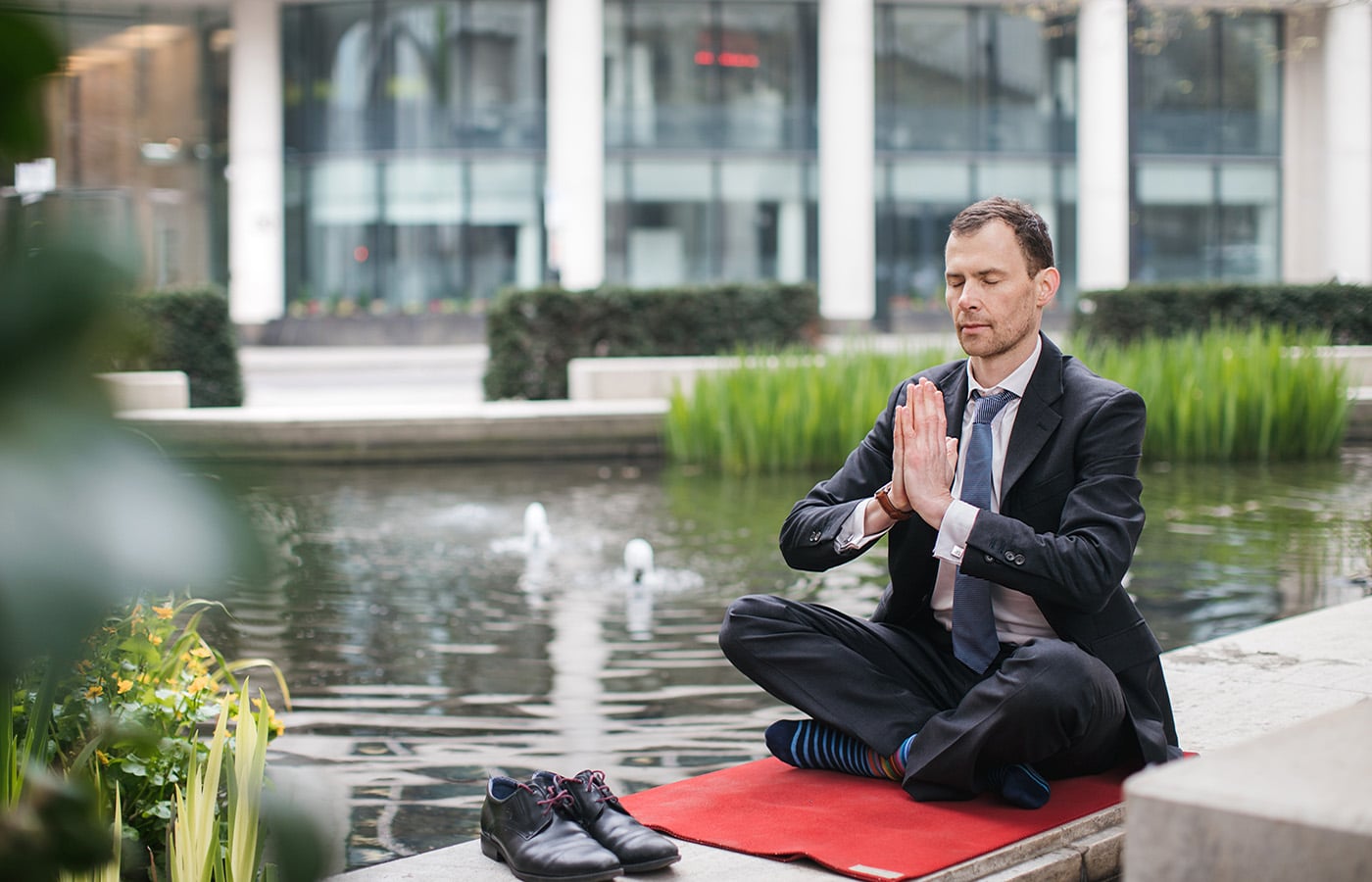 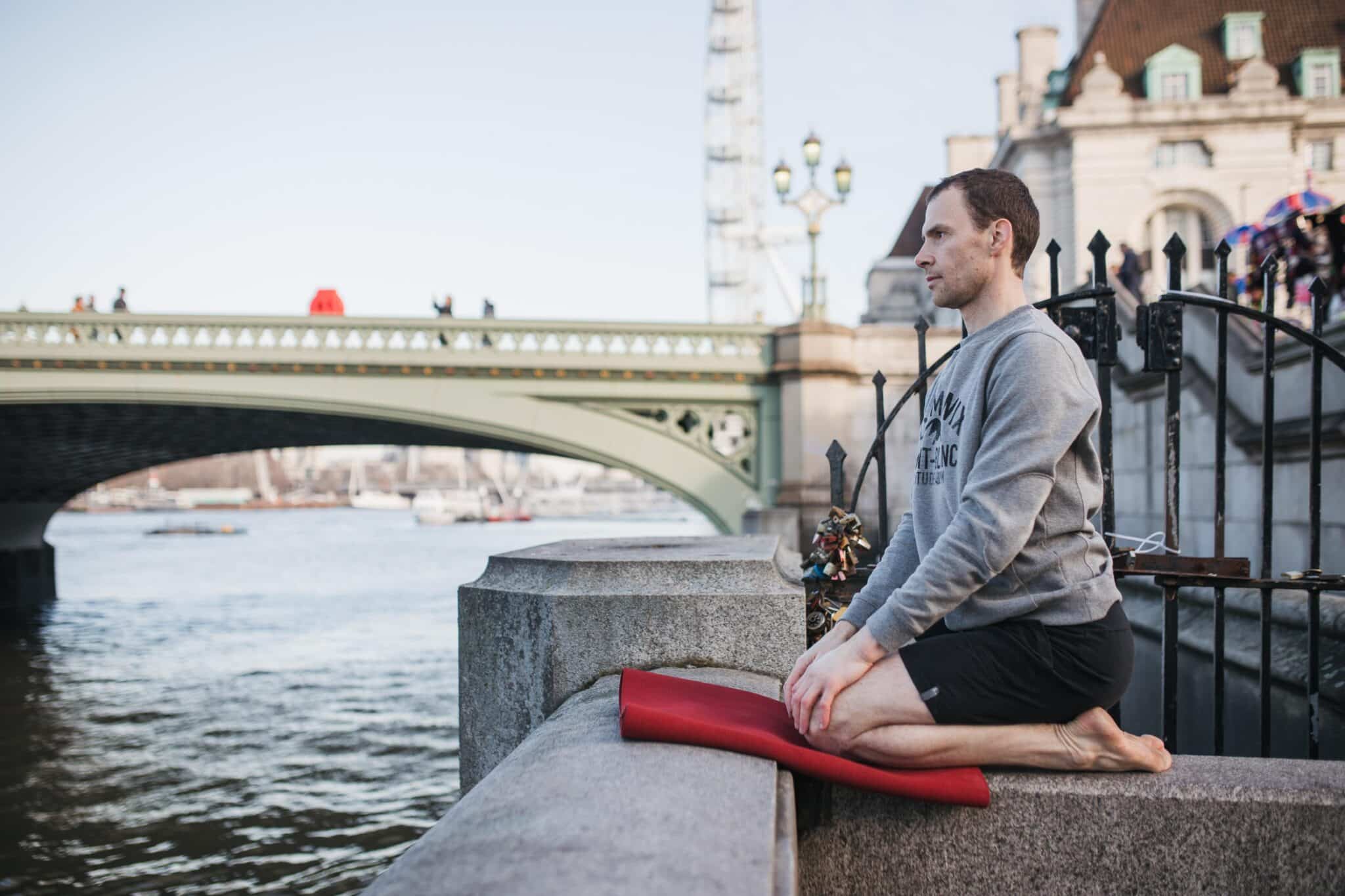 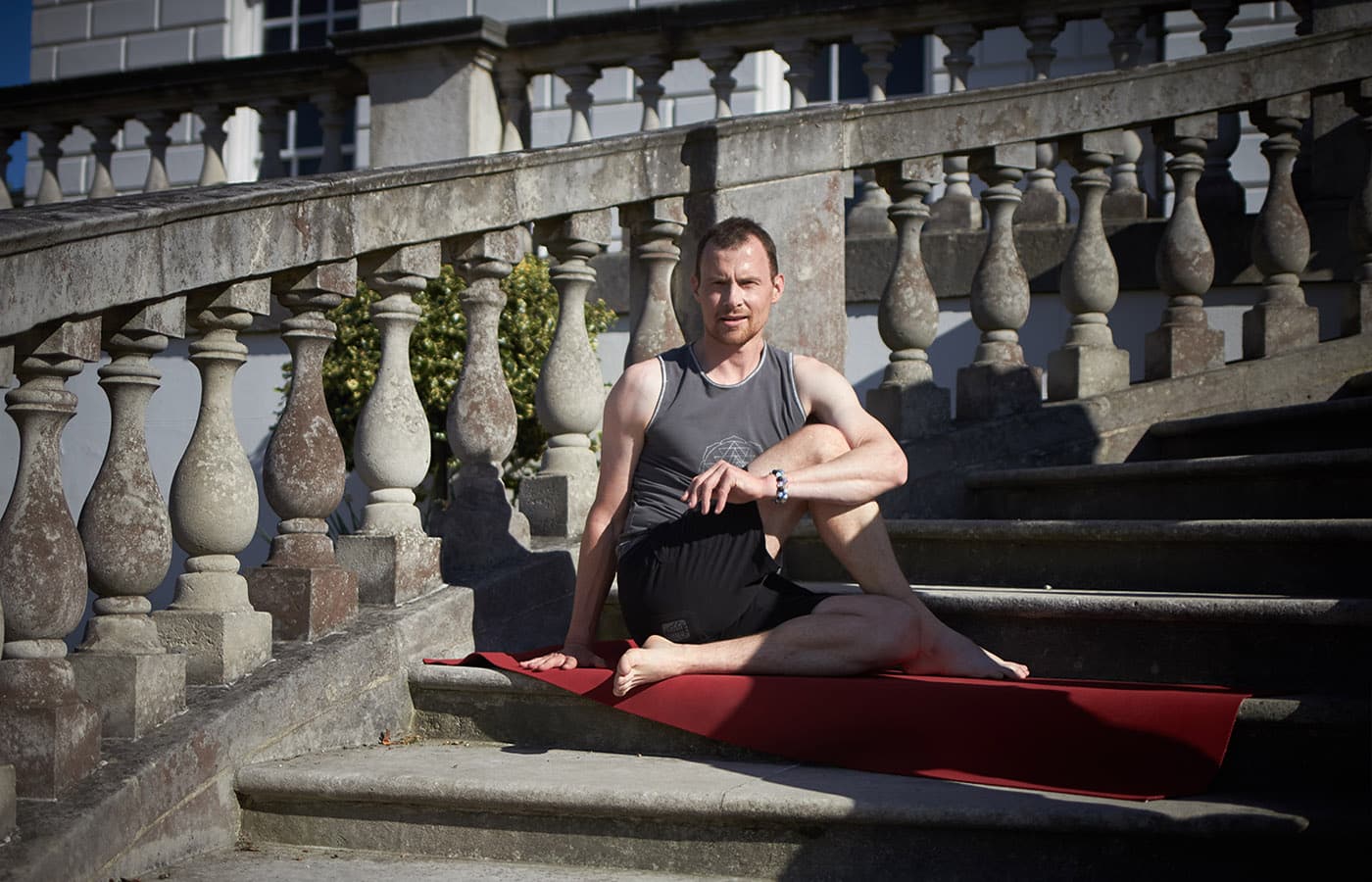